Mail
A Weekend in Blackpool, England 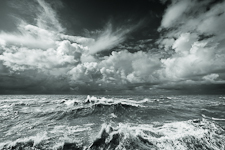 A Weekend in Blackpool, England

I recently spent a great weekend in Blackpool, England, on a ‘Creating Dramatic Images’ workshop run by David Nightingale of chromasia. Although I grew up in England, I have spent large parts of my adult life living abroad, and consequently there are numerous parts of Great Britain I have never visited: Blackpool and the Fylde Coast in the county of Lancashire in the North West of England being one of them. So as well as attending the workshop, I was looking forward to the opportunity of getting out in Blackpool and exploring the surrounding area.

On the Friday evening before the course began, the second display of the World Fireworks Championship was scheduled to take place at Blackpool’s North Pier, and David had negotiated permission for the photographers on the course to photograph the display from the beach, normally off-limits to the watching public. I shot this first image as dusk was falling and I was waiting for the display to start. 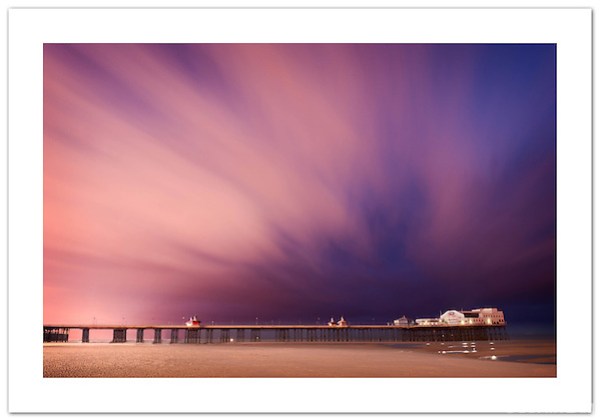 My intention with this shot was mainly to test that everything was working before the fireworks display got underway, and also to check framing and composition while the ambient light levels were still high enough to make this an easy task (plus I find it hard to stand around waiting with a camera for any length of time without tripping the shutter every now and then, in much the same way as many guys with motorbikes can’t sit at traffic lights for more than a few seconds without revving the engine). It’s also true that the pier – which dates from 1863 and is a Grade II listed building – is such a fabulous thing to photograph that it’s hard to resist shooting it at every opportunity.

The exposure was just under three minutes duration, there was on on-shore breeze at altitude and the clouds were moving towards the left of the frame quite rapidly, which resulted in significant cloud movement during the exposure, causing the streaking effect in the sky. By a happy coincidence, the streaking clouds produced diagonal lines which lead the eye towards the buildings at the right end of the pier, which is the focal point of the image. What I love about dusk and night photography is the way that long exposures reveal things invisible to the naked eye. It was almost dark, and those colours were not apparent to me when I looked up at the sky. However, with an exposure of three minutes, the twilight sky was revealed through the camera in all its beauty.

Shortly after dusk, the fireworks started. it was an impressive display, and I found myself on occasion forgetting to release the shutter as I became caught up in watching it. I’m normally fairly indifferent to fireworks, but this was a bit special: being on the beach after dark, with the old pier lit up by the light from the display. 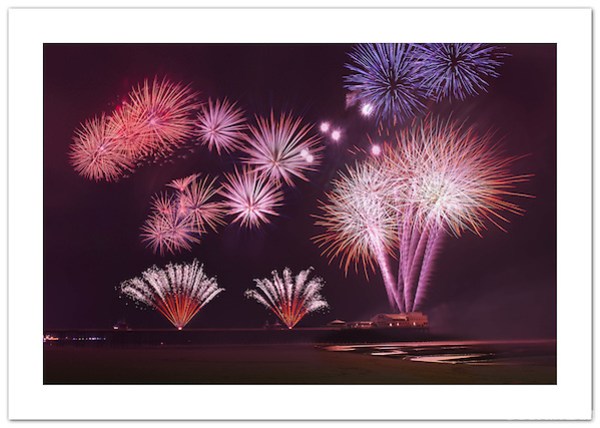 During the workshop, we spent a couple of hours on the seafront in Blackpool looking for things to photograph: the sea seemed like an obvious place to start. The clouds were fabulous, and the sea was wild and dramatic, crashing against the sea wall and covering us with spray; one of the photographers attending the workshop had a camera malfunction as a result of a particularly heavy soaking, in spite of it being a weather-sealed Canon pro body and lens. Fortunately her camera started working again several hours later once it had dried out. I could understand her anxiety, as I remember being caught in a monsoon downpour with my camera last year in Delhi, India, which was so bad that even the locals were running for cover, telling me it was unusually heavy even by the standards of an Indian monsoon. I got completely lost in Delhi in that downpour, and spent more than an hour trying to find my hotel, with my camera exposed to the torrential rain the whole time. I can attest to the weather sealing on my Nikon D700 body and pro lenses, as they came through the full ferocity of that monsoon rain without a murmur, although I was as wet as I would have been after a dip fully clothed in a swimming pool.

The biggest problem I had in Blackpool apart from trying to avoid the camera getting completely drenched in salt water was trying to keep the front element of the lens free of salt spray – it required constant attention, more or less between every exposure. I am glad I persevered, though, as I was happy with this shot, which I felt captured the feeling of the dramatic sky and angry, turbulent sea I saw. 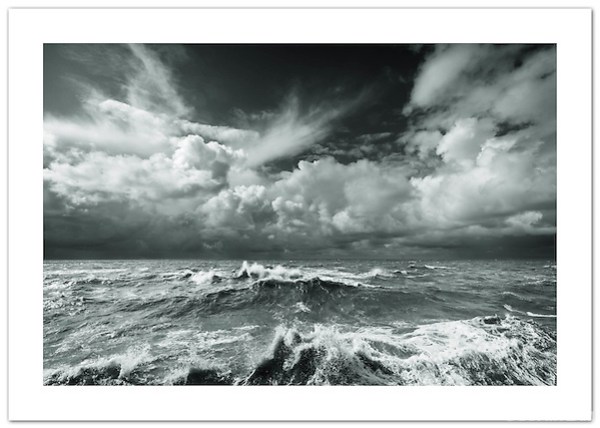