This image was shot at a Sufi shrine in Old Delhi, India. On this day, I set out with the specific objective of making street portraits.

Most of the portrait photographs I made were after asking permission, but this was one of several candid shots I made that day. This man was concentrating intently on something – I was not sure whether he was looking at something in particular, or simply gazing into space, lost in his thoughts – but I was struck by the quiet intensity of his gaze in the midst of a noisy crowd, and that was what drew me to make the photograph.

This photograph has technical flaws: there was not a great deal of light, and even shooting with an aperture of f/4.0 (chosen both because of the low light and in order to minimise background distractions), and a fairly high ISO, my shutter speed was only one hundredth of a second. Just as I pressed the shutter, he began to move, and my shutter speed was not fast enough to freeze his motion, so the image is not as sharp as I would like. I nearly deleted this image, but found that I kept coming back to it, struck by the intensity of his gaze. Sometimes gesture and light, a moment or an emotion, are strong enough to carry the image despite technical deficiencies. 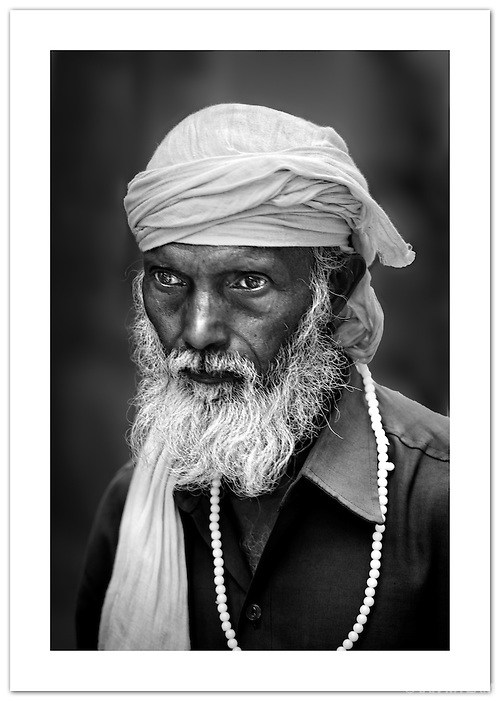 This is an important point. As photographers, too many of us forget that viewers respond to our photographs emotionally, not analytically. When we hear some music which we like, we generally don’t begin deconstructing the chord progressions, harmony or time signature. When we enjoy a good book, we don’t typically analyse the grammar, writing style, or choice of vocabulary. But far too many of us obsess over the technical aspects of a photograph, rather than thinking about what it communicates and what emotions it may or may not evoke in the viewer. No-one looks at a photograph and thinks: “Wow just look at that edge-to-edge sharpness. Beautiful saturation in the blue tones. Nice choice of focal point.”. We either respond to an image emotionally or we don’t.  Even other photographers intent on deconstructing an image will experience an emotional reaction before the analysis can start.

It is undoubtedly true that a technically well-executed image can enhance its emotional impact.  It is also true that technical flaws may detract from the image as experienced by the viewer if these deficiencies are so gross as to be distracting. However, technical perfection is far less important than the choice of moment, gesture, light, composition and colour, as these are the things which engage the viewer – not technical perfection. The technical qualities of an image should perform a supporting, not a starring, rôle.

I often see images on websites like Flickr which have been sharpened to destruction. There is so much detail in the image that the viewer is overwhelmed with information and doesn’t know what in the image he or she should look at, and in what order. Ditto for contrast and saturation. There is no ‘visual hierarchy’; no clear path for the eye to follow through the image; and the image suffers for it. In the age of the digital darkroom, it is easy to go overboard with contrast, saturation and sharpening – I know, as I have made my own fair share of such images, and still have much to learn. But so often, less is more. Applying contrast and sharpening more sparingly to the key elements only in an image avoids overloading the viewer with information and allows us to say: “Look here; look at this; this is what I want you to look at in this photograph.” This allows the image to communicate more clearly, and engage the viewer more deeply, and enables us to create more powerful and memorable photographs as a result. And that is a goal worth pursuing.