Mail
One from the Archive #1 – Old Delhi, India 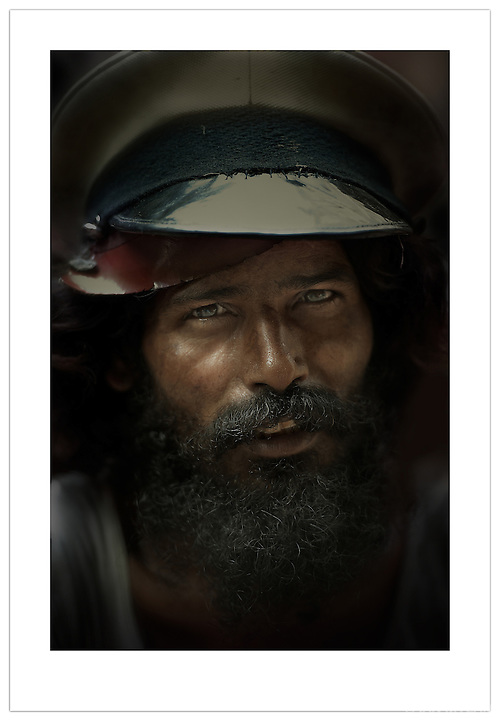 I’ve been looking through some old images this week, and discovered this one I shot in India a while back. I made a couple of portraits of this guy I met on the street in Old Delhi, and originally preferred the other photograph. As is sometimes the case with the passing of time and the gaining of experience, my perspective on the two images has changed, and I now like this photograph better. Even had that not been the case, I can see that I didn’t do either of the two images justice in terms of how I processed them in the digital darkroom, so I decided to invest a few minutes in trying to get the best out of the raw file, and this is the result.

If you don’t already do it, I would strongly recommend putting aside a little time every month to scan through your catalogue of images. Apart from the fact that you will hopefully draw encouragement from the evidence of your own progress both in terms of your craft as a photographer and your ability to process your images effectively, you may well uncover some images which you love that you somehow managed to overlook the first time around, or didn’t get the best out of in terms of appropriate post-processing. This is also a good reason not to be too hasty to delete images you think are not good enough; several times I have come to like images which I almost discarded. Hard-drive storage is relatively cheap, so unless you are absolutely certain that an image has no merit, my advice would be not to be in too much of a hurry to delete it. I find that it is also often better not to review, select and edit your images the day you shoot them: coming back to the images with a fresh eye often seems to help me better decide which ones are worth spending time processing – and I have heard the same comment from other photographers on several occasions.

I always shoot raw, and it’s at times like this that I find an additional reason to be happy about that. The processing technology available to digital photographers is steadily improving – the latest incarnation of Adobe Lightroom, Lightroom 4, has a significantly better processing engine which enables me to get even more out of the raw file, particularly when the dynamic range of the scene is high. By shooting in raw and not committing yourself to an 8-bit JPEG file at the time of shooting the image, you give yourself the best-possible chance of making the most of advances in processing technology in the future should you decide to re-edit an image.  Post-processing is an essential skill for the digital photographer, particularly when shooting raw, as the unprocessed raw file often looks very ‘flat’ and soft (i.e. lacking in sharpness) in comparison to JPEG files produced by digital cameras – or, of that matter, photographs made from film negatives. So some form of processing is essential.

I have discovered a number of older images which I either overlooked at the time, or which I now know I can do a better job with in terms of the digital darkroom – so expect more ‘images from the archive’ here on the blog over the next few months!