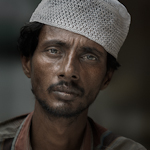 The Key to Great Photo Editing (Hint: it’s not Photoshop) 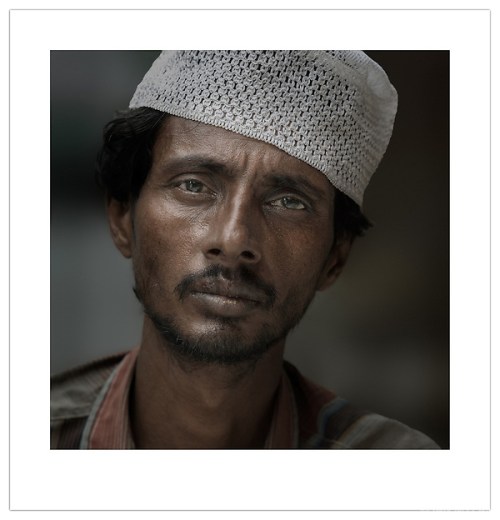 If I could offer just one tip in relation to editing photos to someone starting out in photography, it would have nothing to do with white balance, contrast, saturation, luminosity or raw-file processing.  Nor would it have anything to do with colour spaces, bit depth, layers, masking, channels, selections, tone curves, filters, dodging and burning, noise reduction, or fancy input- and output-sharpening routines.  In fact, it would have nothing to do with software at all.  It would simply be this: be utterly ruthless about selecting which images you show the world.  There is no faster way to presenting yourself as a better photographer – no, strike that – no faster way to being a better photographer, since this is an essential skill in the armoury of any shooter  – than by becoming accomplished in knowing which images to keep and which to discard, whatever level you’re at.  The more ruthless you are in sorting the wheat from the chaff – and the better you become at being able to distinguish one from the other – the higher the standard of the remaining pool of images becomes.

Think about it for a moment: what would you rather see? – ten brilliant photographs? – or fifty photographs of which forty are merely mediocre?

In my view, this is one of the hardest things to learn – at least, it is for me – and I still find it hard.  Much harder than acquiring the ‘technical’ editing skills of post-processing in the digital darkroom: Adobe Lightroom, Camera Raw, Photoshop, and the like.  Why is it so hard?  Primarily, I believe, because we are emotionally attached to our own images.  It is often seems obvious to us which photos in another photographer’s portfolio are good, and which should perhaps be culled, even allowing for generous differences in taste, because we are able to view those photographs objectively and dispassionately.  With our own images, not only are they the fruits of our own endeavours, our own creations, our own children – but we know how hard we may have worked to make a particular photograph, and this invariably colours our perception of its worth.  Maybe you got out of bed at 04:30 in the depths of winter to catch that sunrise that you weren’t even sure would be visible through the cloud cover; or hung around on a windy, chilly night when everyone else had packed up, gone home, or gone out to spend the evening with friends; maybe you climbed to the top of a mountain peak to get that amazing view; maybe you lugged a heavy pack full of photo gear miles across the desert in searing heat to shoot those sand dunes; maybe you spent a lifetime’s savings travelling to a destination you always wanted to photograph; maybe you were shooting in an area with an element of real physical danger; maybe you plucked up courage to ask that fascinating-looking character on the corner of the street whether you might make a few photographs of him.  It is natural to feel there must be some intrinsic value in the image because of what it cost us to get it – but sadly, most of the time there isn’t.

Then there are what I think of as the ‘if only’ photographs: those shots which would have been great photographs – ‘if only’.  I have plenty of those, and I’m willing to bet that you do, too.  If only … someone hadn’t walked into the left side of the picture… the subject hadn’t blinked, looked away, or started to move … you had noticed those power lines in the top right corner of the frame… you had remembered to stop down your aperture to get sufficient depth of field … you had moved two feet to the left and dropped to your knees to change the perspective and create juxtaposition or a better lead-in line … you had used a polarizing filter … you had remembered to cancel the Exposure Compensation or ultra-high ISO setting on your camera from the last frame you made the night before… you had focused a little more carefully …. you had asked your subject to move out into open shade or away from the cluttered background…

Unfortunately, no-one looking at your photographs knows or cares about any of these things: the photographs you have made will stand or fall in the eyes of your public purely on their strength as images, regardless of how hard-won they were or how ‘would-have-been-perfect-if-only’ they are.  An average shot of a beautiful landscape is still an average shot; a blurry, badly composed photograph of the most charismatic human being you have ever met is still a blurry, badly composed photograph; a mediocre photograph of a wild and remote place is probably still just mediocre.  So it’s worth doing your utmost to try and be objective and dispassionate about your own photographs, and enlist the help of a third party if necessary – someone whose aesthetic judgement you can trust, and whom you can rely on to tell you the truth – the good, the bad and the ugly – about those images you love and struggled so hard physically, mentally, emotionally or financially – or possibly all four at once – to get.

As I have mentioned before, I often find that it helps to wait a few days before sorting and selecting my photographs.  Ideally, not so long that I cannot remember much about how it felt to be there, but long enough that I can hope to be a little more dispassionate about the images I have made.   I also tend to make more than one selection pass through the pool of images I have shot on a given day, whittling down the number of images remaining on each pass.  There are almost as many ways to go about the selection process as there are photographers, but I like to sort my images with a simple ‘yes’ or ‘no’ flag.  I know some people want to rate every image on a scale of one to five stars, and then spend a lot of agonising over whether a given image is a two-star image or a three-star image – but honestly, who cares? – if only the five-star images are going in the portfolio, gallery or book, then does it really matter about the rest?!  Keeper, yes or no? – and move on!  In terms of Adobe Lightroom, which is the software I use for sorting and rating my photographs, on my first selection pass, I quickly flag each image either for immediate deletion (if it is clearly out of focus, or very badly composed, or some other equally shocking sin), or flag it as ‘a pick’ if it looks at first glance as if it warrants a stay of execution.  The remainder – normally the majority – remain unflagged.  On the next pass through, I look only at the images I have flagged as ‘picks’ with a more critical eye, and typically downgrade the flag status of some of those initial picks to ‘unflagged’.  I repeat this process as many times as necessary to produce a small, tightly edited number of selects from the day’s shoot.  At the end of the selection process, I am usually left with only a handful of images from a day’s shooting that I am willing to show anybody.  And that’s on a good day.  If I’m lucky, and the stars were aligned, and I remembered to eat three Shredded Wheat for breakfast.  On a bad day, there may conceivably be nothing.  Nada.  Zilch.

Perhaps you feel uncomfortable with the idea that by being ruthless in the way you approach selecting your images, you are in some way ‘faking it’; perhaps you think that if you were truly a good photographer, you would churn out so many good frames that a ‘take-no-prisoners’ attitude to image selection would no longer be necessary, as there would be no bad frames to discard.  Nothing could be further from the truth.  I’ve heard many times from photographers I admire that even the best make lots of bad photographs – it’s just that we never get to see them.  Sure, they maybe don’t make as many bad frames as you and I do (definitely not as many as I do) – and the bad ones may not be truly awful as some of the frames I produce – but they will typically still keep only 5% – 10% of the frames they make from a given shoot.  For many photographers, the process of photography can often involve making frames and making mistakes, reviewing the results, and refining the image, iterating towards the result they want.  Artists make drawings and sketch images; musicians try out different chord sequences, riffs, harmonies, and rhythms; and no-one expects a writer to produce a finished novel without changes, insertions and deletions in the text along the way.  Photography as an artistic pursuit is in that regard no different. Mistakes are part of the process! – an essential part of the process no less – so don’t beat yourself up about the bad frames.  Do revel in the good ones.

Good editing (by which I mean image selection) is just as important as your vision, your creativity and your skill with a camera – it really is that important.  You may not be as talented with a camera in your hand as the photographers you most admire, but you can level the playing field considerably through ruthless culling of your mediocre images.  Greenpeace won’t complain.  And the best part is that in the era of digital photography, frames are free – it won’t cost you a penny.  The outside world will never know if you made ten thousand frames or one hundred frames to produce the twenty-five fabulous images in your portfolio.  And nobody will care – people only remember what you show them, and if you only show them your best work, then that is how they will see and remember you.

When you think of the great artists from history: Michelangelo, da Vinci, Picasso, Cézanne, Velázquez, Caravaggio, Raphael – what do you think of?  Do you remember their bad work, or only the great stuff?  Come to think of it, did they produce any bad work, or was everything they ever did brilliant and inspired?  The point is, it doesn’t matter, and we generally don’t know and don’t care, unless you happen to be an art historian. All that matters was that their best work, the work we know, love and cherish, was fantastic.  We generally have no idea if the portfolio of brilliant work that defines their genius was culled from a slightly larger collection of pieces of comparably high quality – or from a vast body of work, some of which was downright mediocre.  The end result would be the same.

So, work at becoming a better editor of your own images, and transform the quality of your portfolio – your standing – and your competence – as a photographer. 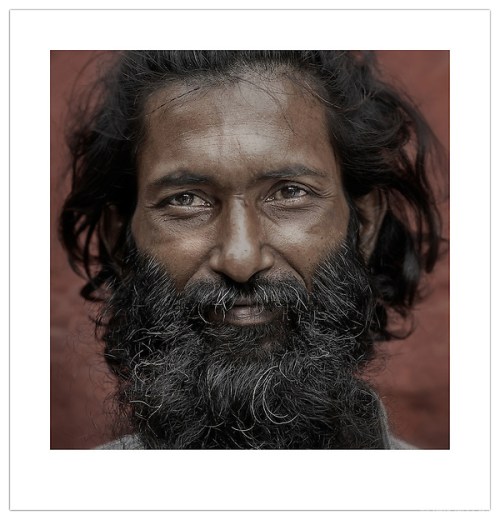