Mail
One from the Archive #5 – Old Delhi, India 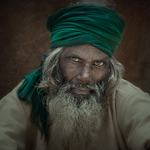 One from the Archive #5 – Old Delhi, India 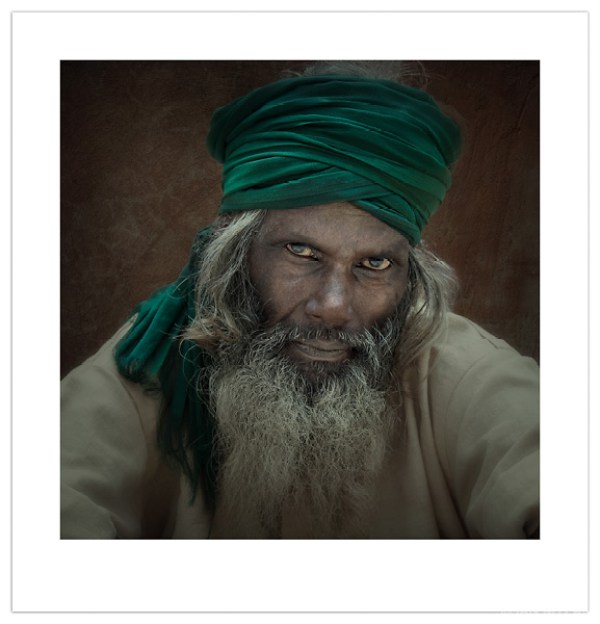 Here’s another image from a while back which I have just re-processed as I felt originally I didn’t do justice to the raw file.  This portrait was shot on a blisteringly hot and humid August day in a Sufi shrine in Old Delhi, India.

I made a sequence of eighteen photographs of this man, and had a hard time choosing between them – he had one of the most amazing faces I have ever photographed – such an unflinchingly intense gaze, and his eyes were so startlingly luminous.  He simply regarded me impassively and without a hint of self-consciousness as I photographed him over a period of several minutes.  This man had charisma and presence in spades, as I believe is evident from the portrait here.  I had the feeling that he would have regarded me the same way whether I had been pointing a camera, a gun, or holding a big bunch of flowers – he was one cool customer.  Communication between us was through gestures and sign language as we had no common verbal language.

Sometimes eyes need a little brightening in the digital darkroom, particularly with an available-light photograph where the light source is predominantly overhead, with no reflector to hand, and little or no floor or wall bounce to help throw light into the eyes.  Very unusually, I actually darkened his eyes quite a lot in post because they were naturally so bright, they looked unreal, and I didn’t want it to look as if I had over-manipulated the photograph – I can’t remember ever needing to do that before.  The reality is that his eyes were actually quite a bit brighter than they are in this photograph.

This is the first time I have published this photograph, although I did originally publish another shot in the same sequence of images which I now like less than this one.

As ever, click on the image to enlarge, and feel free to drop me a line in the comments if you have something to say or ask about this one.