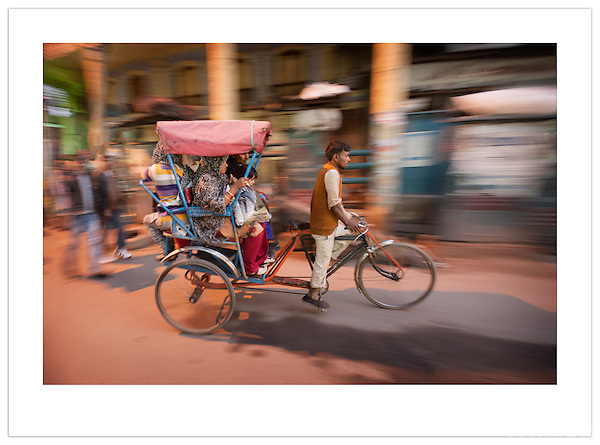 I’m currently on my way to San Diego where I should arrive Friday evening, Pacific Time, so this will be my final dispatch from India for the time being. I’m going to sign off from the recent Delhi theme here on the blog with a few images I shot around Chandni Chowk, one of the oldest markets in Delhi.  Chandni Chowk lies in the area traditionally known as Shahjahanabad, the Old Walled City of Delhi, named after the Mughal emperor Shah Jahan who built it (although somehow I seriously doubt that he got his hands dirty). As I have said before, Delhi, while not for the faint-hearted, is one of my favourite cities for photography because the street life is simply so vibrant – so many fascinating characters in one place – that it’s impossible to be bored, with or without a camera, as there is always something interesting to see. Exhausted, yes, particularly in the oppressive heat of summer, but bored: never. 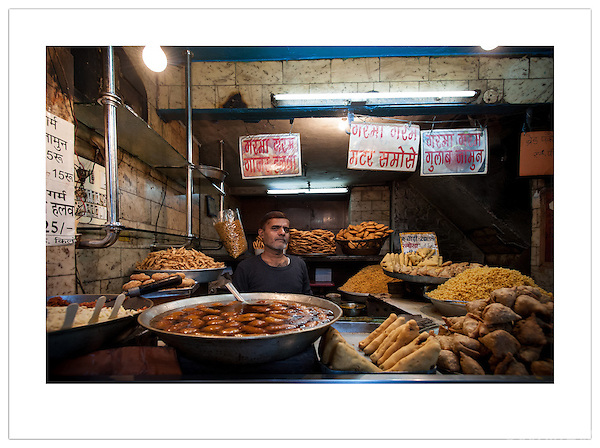 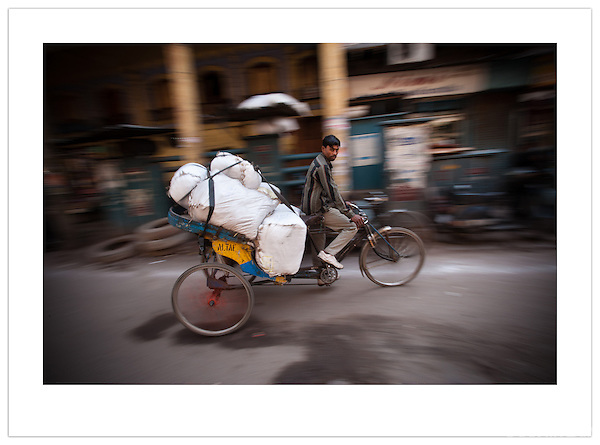 All of the images here – including the street portraits – were shot with a single lens, a Nikon 17 – 35 f/2.8 zoom. A wide-angle zoom is not considered to be a ‘typical’ lens for portraiture, but there are no ‘rules’ in photography that should not occasionally (even frequently) be broken – anarchy is indisputably a bedfellow of creativity. The only thing that matters is whether you like the end result, never what lens or equipment you used to achieve it. Whether you are breaking ‘the rules’ either for the joy of experimentation and in the interests of learning, or because you know the result it will give you and that result is exactly what you want, throwing out the photography ‘rule book’ is an absolutely valid thing to do – as long as it is done consciously and purposefully. The only caveat I would add is that knowing ‘The Rules’ before you break them (be it composition, lighting, choice of lens, or whatever) is a very good idea, because there is often a good reason for conventional wisdom, just as there may be an even better reason for disregarding it. So first take the time to learn ‘The Rules’, and then – when it suits your creative intent – go right ahead and break them, and see where it takes you. At the very least, you’ll learn something. 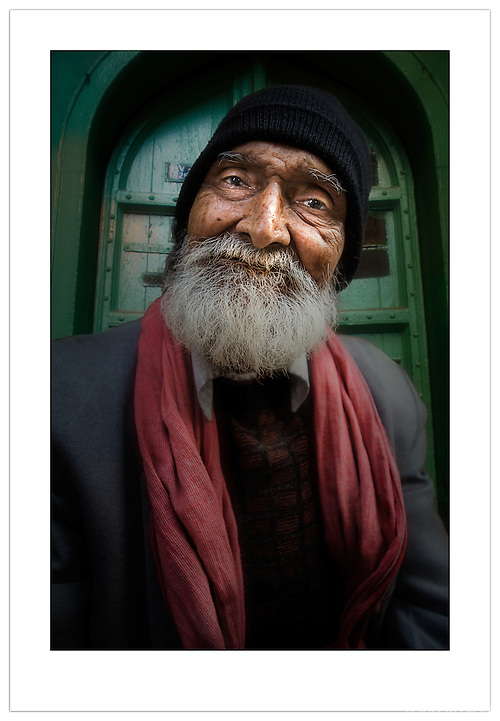 With a wide-angle lens, depending on the subject and what I want to communicate with the portrait, I sometimes like the ‘in-your-face’ effective it has, resulting from the perspective expansion created by the wider angle of view. Granted, not the lens to break out for a head shot if you’re photographing the mother-in-law, the bride or your new girlfriend, owing to the sometimes unflattering distortion of facial features in can create; but when you push in tight with a wide-angle lens, it creates a sense of dynamism in the portrait, and often a sense of fun, comedy or humour, as well as a real feeling of ‘being there’. Not for nothing are wide-angle lenses often called ‘story-telling lenses’. For these reasons they can work particularly well when photographing children, where dynamism and fun are often exactly what you want to communicate, as well as creating a feeling of inclusiveness which pulls the viewer into the picture and into the child’s world. 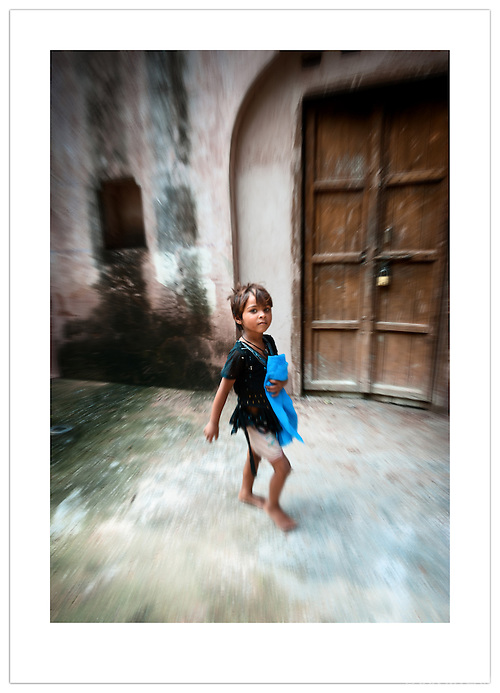 The main barrier to using a wide-angle lens for a street portrait is a psychological one; it is necessary to move in very close to the person you are photographing, otherwise you will not be able to fill the frame with your subject owing to the wider field of view. This is not therefore something to try with someone you have never met who is a little shy or unsure whether they want to be photographed or who feels uncomfortable in front of the camera. as pushing a wide-angle lens into someone’s personal space is not going to help you one bit. It might be better to start with a short telephoto lens, or even with the wide-angle lens from further away, in order to place a person in the context of their surroundings, before moving in closer for a more tightly framed portrait. If your subject seems uncomfortable with the invasion of their personal space, forget the portrait, as respect and consideration for your subject must come first (and the portrait will almost certainly be poor if your subject is unhappy to be photographed). At the least, subject willing, back away and revert to longer focal lengths or stick with the wide-angle lens for a contextual portrait. 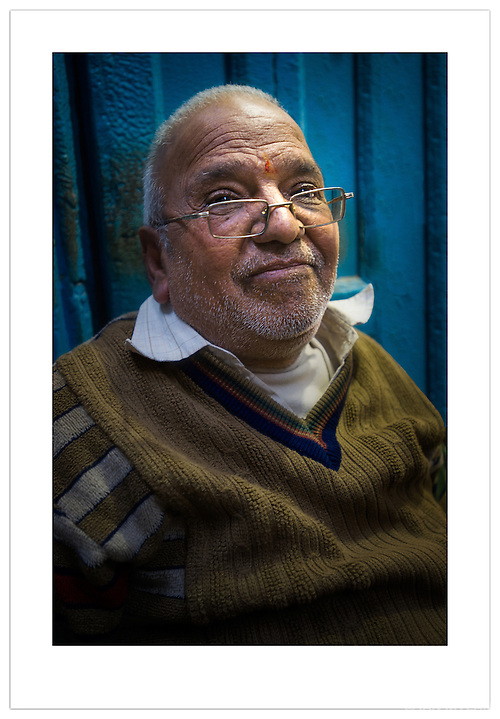 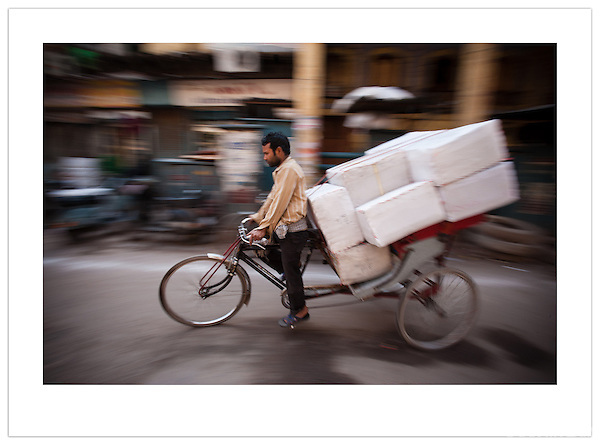 The other thing to bear in mind when using extreme wide-angle lenses (focal lengths of, say, 20mm and below on a 35mm camera), is that the distortion created by the lens at the periphery of the frame can be very unpleasant, so consider keeping faces in particular closer to the centre of the frame. Again, not a hard-and-fast rule, just something to be aware of. 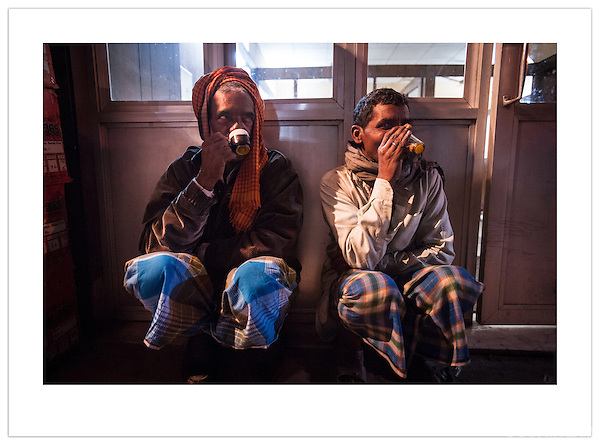 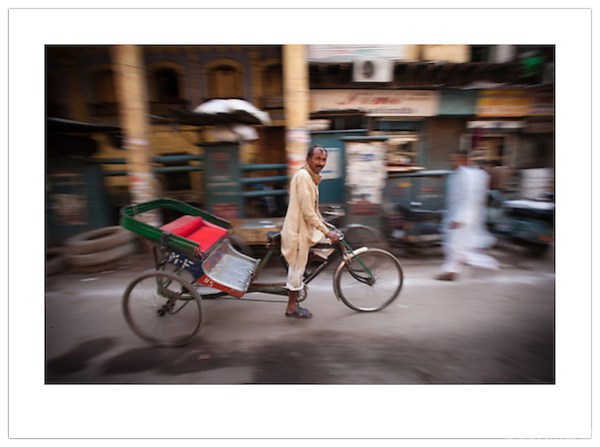 As well as being colourful – both literally and in terms of the characters on the streets of the Old City – Delhi is a riot of sounds, smells and movement, so in addition to the portraits, I concentrated on communicating movement, using shutter speeds in the 1/10 – 1/15 second range to try and convey the rush of the bicycle and pedestrian traffic moving past me. 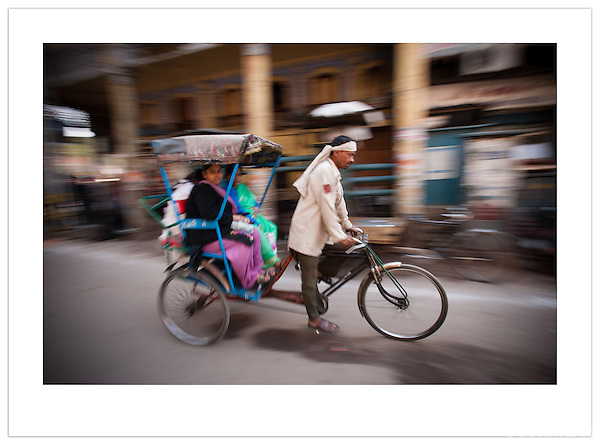 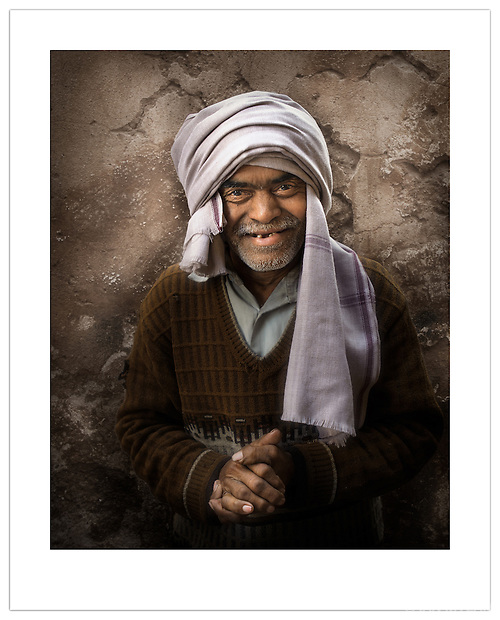