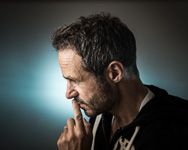 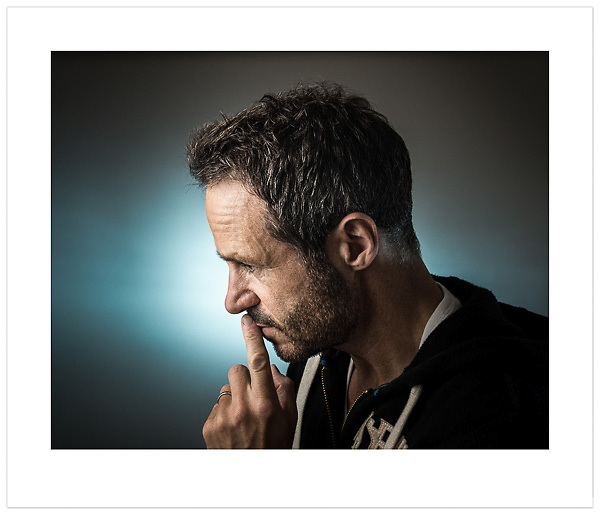 I recently resolved to work more intensively on my lighting skills. Although I do augment natural light with strobes occasionally when making location portraits, most of my photographs are made using natural light. I have no aspiration to become a full-time studio photographer; much of my photography occurs in a travel context and I generally travel alone, so it’s important to me that my lighting gear is small, lightweight and portable. I am therefore far more interested in the ability to work with off-camera hotshoe flash than I am with large studio strobes. I also love the fact that you can hide a hotshoe flash almost anywhere, and this gives you enormous creativity in how you light a scene.

Since much of my downtime occurs in hotels around the world, time spent in hotel rooms represents an ideal opportunity to practise lighting. The only downside of this is that there is generally only one model available at short notice (me) – and like many photographers, I really don’t enjoy being on the other side of the lens very much. Nonetheless, I decided to try to shoot some self-portraits as an exercise in lighting rather than with any hope of pulling off a great portrait.

I made the above self-portrait (click to view larger) in a London hotel room using a Sony Alpha NEX-7 mirrorless camera with a Carl Zeiss Sonnar T* E 24mm F1.8 ZA lens. The camera was set to ‘Flash’ white balance, and the exposure dialled down to kill the ambient room lighting completely – i.e. in the absence of flash, the image would have been so severely underexposed that the frame was black. By killing the ambient room light I was able to use ‘Flash’ white balance in camera without giving any consideration to the colour temperature of the room lights as they played no part in the exposure.

I used two Nikon Speedlights to make this image together with wireless radio triggers.

The first light – the key light, used to light my face – was placed on a stand to camera left at around 90° to the camera-subject axis and at approximately the same height as my face . I diffused the Speedlight twice: once with the dome diffuser (supplied with the flash); and secondly by shooting through a 43″ trifold umbrella to further soften the light from the flash. The umbrella is just out of frame to the left of shot. The result of the double-diffusion and close placement is seriously soft light. I warmed up the light slightly by placing a 1/8-cut of CTO gel on the flash, which is generally flattering to skin tones. The flash was fired manually at 1/32 power.

The second light was used to illuminate the wall behind me. I gelled the Speedlight blue, zoomed in to 200 mm, and shot it through a Rogue Flashbender 16° grid, also manual at 1/32 power. The light on the background was nice and had beautiful fall-off at the edges but it looked a little too manufactured and uniform (although I grant that eerie blue wall light is not a naturally occurring feature of most of the hotel rooms that I stay in). Necessity being the mother of invention, I hunted around in the hotel room and found a couple of drinking glasses which I placed on the table in front of the grid spot, which refracted and scattered the light from the grid a little more, and gave the background light a little more of a random, organic look. Result: random, organic, eerie blue light. Perfect.

The cool blue colour for the background light was chosen to give some colour contrast with the warm light falling on my face. Warm colours appear to come forward in a photograph, whereas cool colours recede – so this helps to give a perception of depth to the image in spite of the fact that the background is actually featureless and out of focus.

For the second portrait below (click to enlarge) shot in a hotel room in Houston, Texas, I also used the Sony Alpha NEX-7 with a Carl Zeiss 24mm f/1.8 lens. This time, however, I chose to bleed a little of the ambient light into the exposure instead of killing it completely. I did this by slowing the shutter speed. Shutter speed is your lever over the ambient exposure, since the flash exposure happens so quickly (typically of the order of 1/1000 sec.) that changing the shutter speed from, say, 1/30 sec. to 1/250 sec. has no impact on the flash illumination of your scene whatsoever. So you can modify the ambient exposure independently of the flash exposure, which is the key to the whole thing. 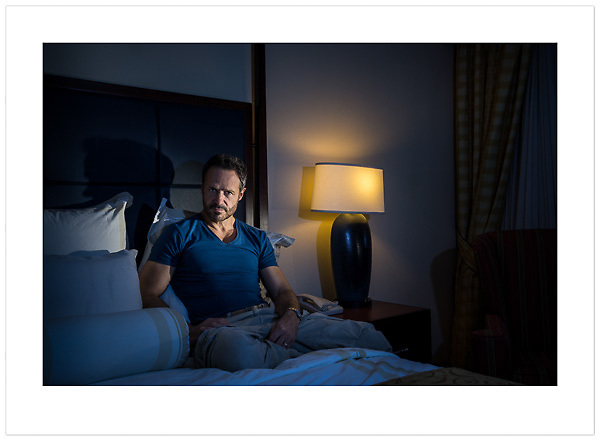 The camera was set to ‘Daylight’ white balance  (colour temperature approx. 5600°K), in order to render the tungsten-bulb table lamp – which has a much lower colour temperature of around 3200°K – a nice warm yellow.

Once again I used two Speedlights.

The key light on my face came from a Speedlight on a light stand to camera right, manual at 1/16 power, gelled with a ½-cut of CTO gel, zoomed to 135 mm and fired through a Rogue Flashbender grid in order to illuminate my face and very little else. The light was firing at around 90° relative to the camera-subject axis.

The second Speedlight was also fired manually at 1/8 power with a full cut of CTB gel through the dome diffuser upwards at the white room ceiling in order to bathe the room in a blueish light,and ensure that the areas of the image other than my face and the table lamp had a cooler colour tone.

The idea of the key light was to more or less mimic the light from the table lamp. By using CTO gel, I was giving the light on my face some of the yellow warmth which would naturally be associated with the tungsten lamp, and the direction from which the strobe was firing was also roughly aligned with the lamp position. By matching the direction and colour temperature of the key light with the table lamp it is possible to give the impression that the light on my face is actually coming from the table lamp – but by using a strobe, I am able to control the ratio of the light on my face with the background lighting much more easily. Why did I use 1/2-cut of CTO rather than the full cut which would have more exactly matched the colour temperature of the tungsten lamp? The reason was that my face was not right next to the lamp, and therefore effectively in a crossover lighting zone between the lamp and the cooler illumination of the rest of the room. By choosing 1/2 cut of CTO I was deliberately reducing the warmth of the light on my face relative to the lamp, to simulate the fall-off in the light from the table lamp on my face relative to the cooler general room illumination.

I chose a blue gel for the second Speedlight in order to give a ‘blue mood’ to the image – and because blue is the opposite of yellow on the colour wheel it gives a very nice colour contrast with the yellow key light on my face. The eye is unconsciously attracted to bright areas and warm colours in an image, as well as to the human face; as I mentioned in the breakdown of the first portrait above, warm colours appear to come forward and cooler colours recede. So by using a warm colour for the subject of the image (i.e. my face) and a cool colour for the rest of the room, I was able to further strengthen the visual pull of the subject.

Incidentally, by the time I actually has this image set up and the lights adjusted and gelled to my liking, it was 06:00 in the morning on my body clock in Houston – the reason for the jaded, weary looking portrait subject!

If you have any thoughts about how I shot either self-portrait, please leave a comment below. Maybe you have a question, or maybe an idea of how I could have done it differently or better. Either way, I’d love to hear from you.