One from the Archive #2 – Old Delhi, India

I mentioned a couple of weeks ago that I was in the process of re-editing a number of old images where I wasn’t happy with the original editing I did.  Here’s the second image I recently re-processed – while I liked it at the time, with the benefit of experience, the original version looks over-edited.  This time, […] 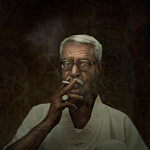 Around a week ago, I posted a street portrait I made in the Bab Al Bahrain area in Manama, Bahrain.  I mentioned that I had made a couple of portraits that day, so thought I’d show you the other one, too – also from the souk area close to the Bab Al Bahrain Gate. This one was also shot […] 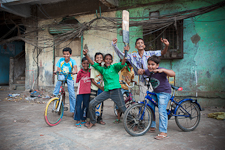 Isle of Jura, here I come…

I’ve just heard some good news and I wanted to share it with you – I’ve been awarded a prize in the Jura Scotch Whisky ‘Community Spirit’ photography competition. Photographic entries needed to capture a sense of community spirit; my entry was this recent shot of the boys of the Dharavi Slum in Mumbai, India, […] 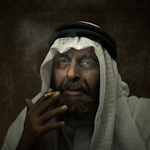 A Street Portrait from Bahrain

Last week I spent a few days in Bahrain in the Persian Gulf, and decided to try and make some street portraits. Together with a photographer friend who lives in Bahrain, I headed into the Babul Bahrain area close to where I was staying in Manama. In this area of Bahrain, there are many Bahraini people of Indian and Pakistani heritage as well as those of Arab descent, and the area is full of interesting characters. We wandered through the narrow streets of the souk, past market traders selling their wares and numerous groups of men drinking Arabic coffee or chai, deep in animated conversation. It was 5 o’clock in the afternoon by the time we arrived in the area, just one hour before sunset, so there was not much time available for photography, as the light levels in the narrow lanes of the market plummeted quickly once the sun sank below the horizon. Nonetheless, I did succeed in making a couple of street portraits, and this is one of them.